I've never been a big fan of Civil War movies, though to pan them for poor quality, especially when they are the Ted Turner-produced giant productions, is to take a churlish stance. They are more impressive than affecting to me, mainly because they expect the viewer to feel that unique feeling that Americans are supposed to have watching noble, proud tragic figures from one country shoot, hack and bomb each other to death in the name of preserving and overthrowing traditions both proud and base. Civil War buffs are a funny gang, and I've never understood or reacted to the feeling that they seek. I know there's pride, tragedy and a view toward the epic in any war, but reverence for the events that killed more than half a million people of the same country starts to look like Dungeons and Dragons fans embarking on their next dress-up adventure with the half orcs. I feel the same way about Bob Dylan's song "'Cross the Green Mountain," which appeared on the 2003 soundtrack to the film "Gods and Generals," and made its commercial appearance under Dylan's name on the eighth volume in the Bootleg Series a few years later. It's a song about the tragedy and waste of war, and is affecting and moving, but it leaves me unmoved even as I write this. It also makes the unfortunate choice of relying on the marcher's drum roll and a few of those melodic quirks of songs of the time that Robert Burns did to death on his documentary. There's a world of people out there who react to that fake nouveau 19th century Americana melancholy sound with great pleasure; I'm not one of those people. To me it's cliche. But wow, those last two verses... they're the only lines that show the emotion and beauty:

They were calm, they were blunt
We knew them all too well
We loved each other more than

We ever dared to tell 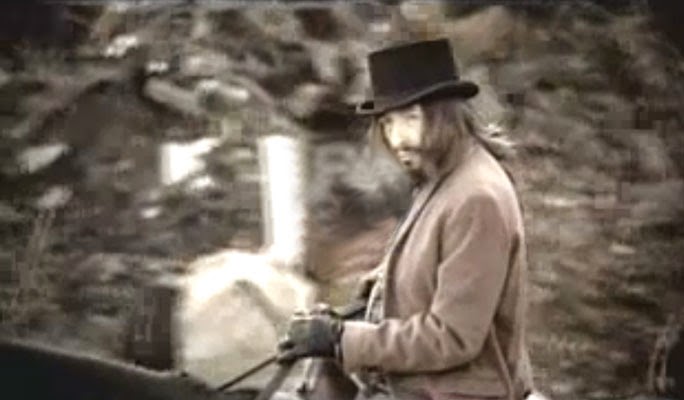 Posted by Robert MacMillan at 3:34 PM