The Cuckoo Is a Pretty Bird

Gambler builds a house
To watch his girl and cuckoo
As they go riding.

Versions of the Cuckoo song have come and gone for a few hundred years, from what I can tell. I wouldn't be surprised if that 1,000-year old song "Sumer Is Icumen In" didn't provide a root for the song, what with its verse to the cuckoo singing in the summer:


Or in modern English:


Spring has arrived
Loudly sing, cuckoo!
The seed is growing
And the meadow is blooming,
And the wood is coming into leaf now,
Sing, cuckoo!

The ewe is bleating after her lamb,
The cow is lowing after her calf;
The bullock is prancing,
The billy-goat farting,

Bob Dylan's version, commercially released on his Gaslight Cafe live album, contains more references to the "newer" older versions of the song. The essence appears to be that the cuckoo fulfills its usual purpose of being a harbinger of summer. And MEANWHILE, a man wants to gamble his way into some winnings, then use that money to build a house so he can get his girl (as she goes riding by), because he doesn't have the poetic gift to woo her with his words alone.

Oh, the cuckoo is a pretty bird
That wobbles as she flies
But she never says coo-coo
Till the fourth day of july.

I build me a cabin
On a mountain so high
So i can see Nelly
As she goes ridin' by.

Lord, she would understand. 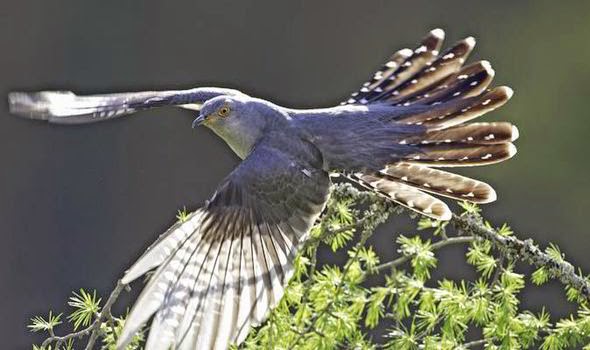 Labels: 1962, Live at the Gaslight Cafe, The Cuckoo Is a Pretty Bird