Many Bob Dylan songs beginning with the 1997 album "Time Out of Mind," wind like those old rivers of the plains states. They're sidewinders, long and meandering, and you can't tell where they're shallow or where they're deep. "Ain't Talkin'," from the 2006 album "Modern Times," is nearly nine minutes. Like many of his songs in the last 18 years, they rely on simple riffs or melodies, often taken from much older country-and-western or blues songs, played dozens of times in a row and sometimes without a chorus or a bridge.The words are where the variety lies, and Dylan packs each verse with seemingly unrelated stories, at least in the narrative. It's the feeling in the words that links each verse to the next, and the feeling is usually downcast. "Ain't Talkin'" is just such a song, and rather than trying to condense every event into 17 syllables or sounds, I tried to look at it as a picture. You can judge by the lyrics whether I sketched it properly. What you don't get in this second period of Dylan verbosity (and I mean that in a positive way, despite the connotation of the word) is the Rimbaud-style surrealism of his work in the mid-1960s. It's more of a combination of references from 2,000 years of history provided in a manner that is simple, yet as I said about the river, you'd be hard pressed to get accurate soundings as you sail. It's better to just let the river flow. 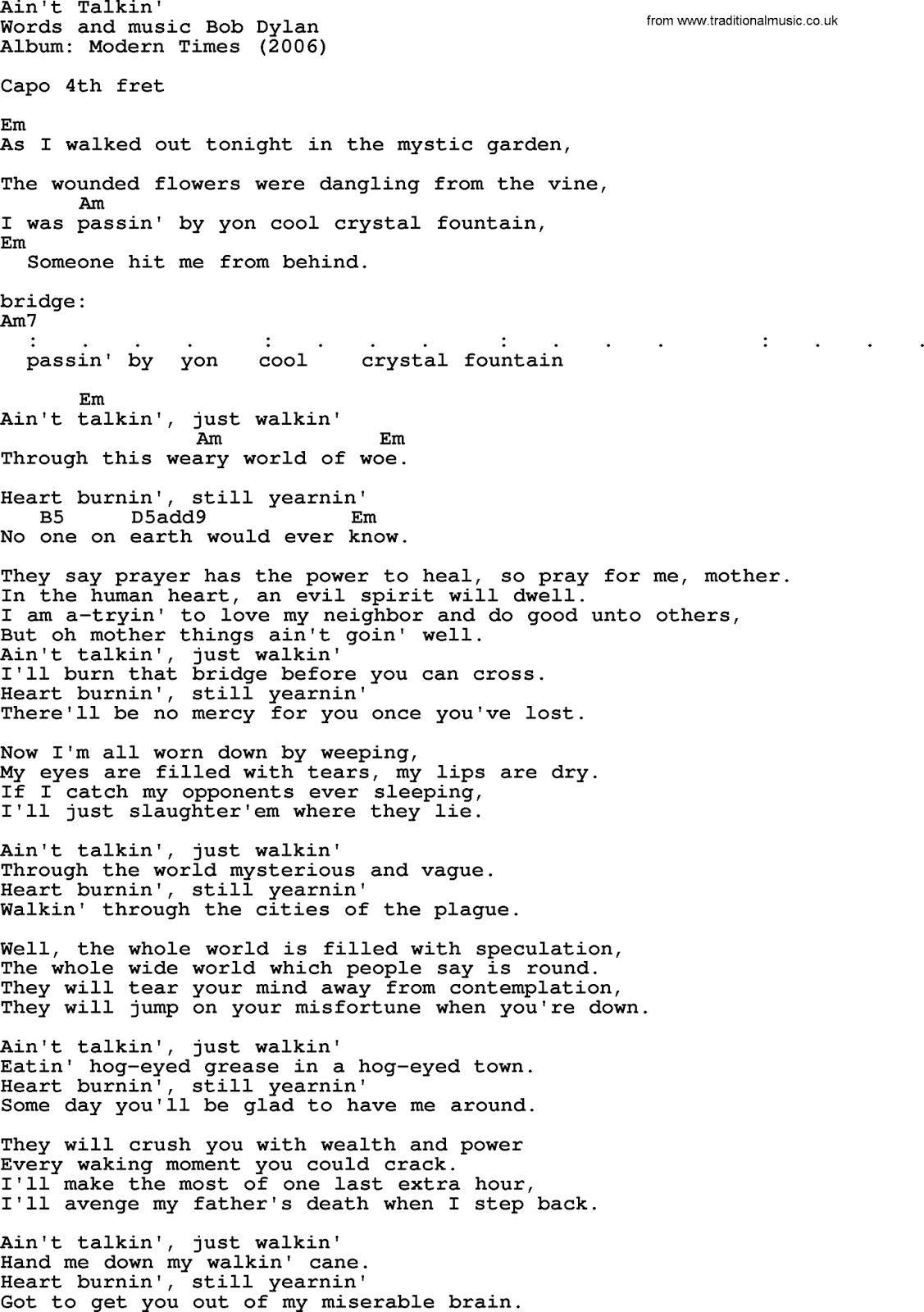 Posted by Robert MacMillan at 3:11 PM