This up-tempo song from the 1985 album "Empire Burlesque" is one of Bob Dylan's attempts at social commentary on the scars of war that veterans suffer and how some Vietnam veterans in particular couldn't cope with life after the fighting in the 1970s and 1980s. From being raised in the Eisenhower-era security blanket of American supremacy and, in its way, post-war innocence, then to the jungle, then back into society without much more than a thank you very much, and so on and so on, "Clean-Cut Kid" is part of the narrative of films and art at the time that blamed the U.S. government and society for failing to support its troops. I'm thinking of movies like "The Deer Hunter," "Coming Home," "Cutter's Way" and later, "Born on the Fourth of July." The trouble with this song is that the lyrics are goofy, and the production of the song hovers in a void of big 80's rock, doot-doot-style vocal group backup singing and outrage that just doesn't sound all that outraged. For example:

He was on the baseball team, he was in the marching band
When he was ten years old he had a watermelon stand

He went to church on Sunday, he was a Boy Scout
For his friends he would turn his pockets inside out

They said, “Listen boy, you’re just a pup”
They sent him to a napalm health spa to shape up

They gave him dope to smoke, drinks and pills
A jeep to drive, blood to spill

They said “Congratulations, you got what it takes”
They sent him back into the rat race without any brakes

That's reasonable to a point, but then comes the surreal left turn into what I suspect was a search for rhymes:

He drank Coca-Cola, he was eating Wonder Bread
Ate Burger Kings, he was well fed

He could’ve sold insurance, owned a restaurant or bar
Could’ve been an accountant or a tennis star

He was wearing boxing gloves, took a dive one day

Off the Golden Gate Bridge into China Bay

Burger Kings? Peter O'Toole? Rolls-Royce in a swimming pool? Tennis star? Boxing gloves? The trouble with tragedy is that it can turn into comedy.

Here's an outtake of the song from the "Infidels" sessions in 1983 which I like much better than the album version on "Empire Burlesque." 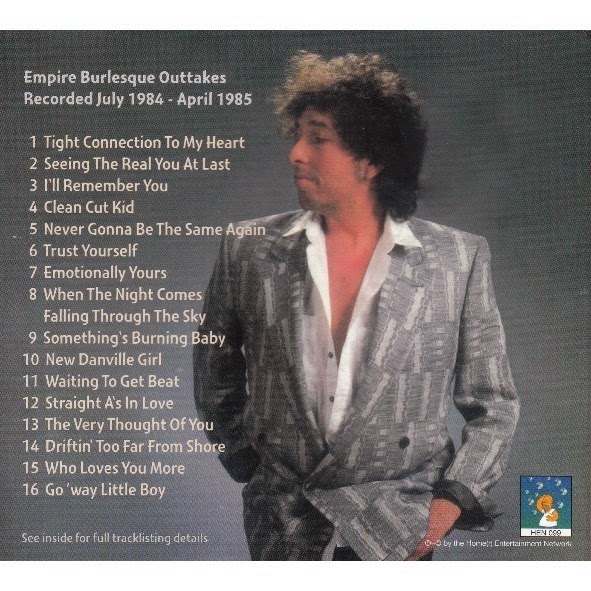 Posted by Robert MacMillan at 2:17 PM