Gregory Peck films
Haunt man who yearns for a girl
And dates another.

Everything about this song suggests that the end product should be ridiculous, but it isn't. "Brownsville Girl," co-written with actor/playwright Sam Shepard, is an absurd tale that is nearly impossible to relate. It's over the top, it's a big 1980's-power-pop-style production. It's something like 11 minutes long. The plot jumps all over the place. The verses emphasize talking over singing. The backup girls sound like they just came from a Pink Floyd concert. There are more references to Gregory Peck than any song should have. And yet, it's a masterpiece. That's not just my conclusion, but the conclusion of everyone who found this to be the only enjoyable song on the otherwise miserable album "Knocked Up Loaded" (which of course has its defenders).

Here's the summary:
1. Guy remembers going to see "The Gunfighter," a western with Gregory Peck. A young man shoots the old gunfighter, and the town wants to hang him.
2. The marshal beats the kid, but Peck says let him go because, in words that chill to the bone, "Turn him loose, let him go, let him say he outdrew me fair and square. I want him to feel what it’s like to every moment face his death."
3. Bob reminisces about the movie as he misses his gal.
4. She showed up on the painted desert in platform heels and driving a beaten-up Ford.
5. They drive to San Antonio. They sleep together. She goes to Mexico and never comes back. He doesn't chaser because he fears having his head blown off.
6. Now he's in a car with another woman, but the first woman's soul is with them and she haunts them.
7. They cross the Texas panhandle for Amarillo. They arrive at Henry Porter's wrecking yard where his wife Ruby says Henry's not in, but they can hang around for a while. She's washing clothes.
8. Times are tough and she's thinking of leaving. In the classic ridiculous line of the song, she says, "Even the swap meets around here are getting pretty corrupt." It's the "land of the living dead," she says.
9. Ruby asks where Bob and his gal are going. They say they're going anywhere until the car falls apart. Ruby says some babies never learn.
10. Bob thinks about the Gregory Peck movie again, and discovers that he's IN THE FILM.
11. Either in real life or in the film, Bob is crossing the street when armed men looking for someone in a pompadour take shots at him. In another classically ridiculous line, he says, "I didn't know whether to duck or run so I ran." He hears that they've got the man cornered in a churchyard. Is he the man?
12. The second woman sees Bob's picture in the Corpus Christi paper with the words "man with no alibi" written in the caption. She lies to the judge to get him off, whatever crime it is that he's supposed to have committed.
13. Bob's never been the kind of guy who likes to trespass, but sometimes he can't help it. He needs an original thought. He feels OK, but that's not saying much.
14. He's in line to see a Gregory Peck film. Not "The Gunfighter," but a new one. He doesn't know the name, but he'd watch Peck in anything so he stands in line.
15. Things don't turn out as planned. We learn that Henry Porter's name wasn't Henry Porter. He remembers being with the first woman, or maybe the second one, in the French Quarter in New Orleans.
16. He ruminates on how people who suffer together have more in common than people who are most content, most likely taking a page from Leo Tolstoy's opening lines of "Anna Karenina."
17. He remembers, again, seeing "The Gunfighter" with Gregory Peck, and concludes with the gut punch line, "Seems like a long time ago, long before the stars were torn down."

And throughout, every time the chorus gets ready, the backup girls shout, "Whoaaaaah!" and then the mighty chorus with big drums and a big horn section making big horn chords: 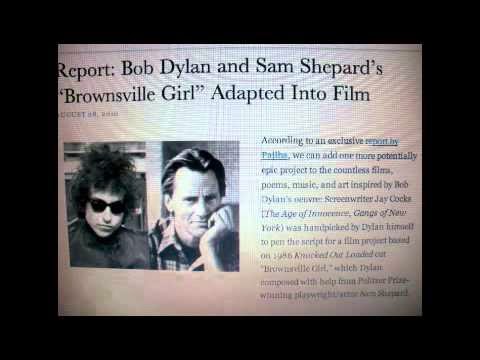