I was a rich man.
Money I lost, faith I gained,
Now my mind’s at ease.

There are two commercially available recordings of this song by Joe "Red" Hays and Jack Rhodes, each with somewhat different words. The first version to appear was on the 1980 born-again Christian-themed album "Saved." It's a rousing, if short introduction to the gospel barn burner and title track of the album, and it starts off slow, but the backup singers add great tent show color and tambourines. It's another one of those "Christian" songs that I don't mind listening to one bit. The second version, which to my ears is more pedestrian, if perfectly agreeable, is on the Basement Tapes sessions that were released in 2014.

The lyrics to the version on "Saved" are here. The "hmmms" are Bob and the backup singers getting ready for serious ecstasy:


How many times have you heard someone say
If I had his money I'd do things my way
Hmm, but little they know
Hmm, it's so hard to find
One rich man in ten with a satisfied mind.

Hmm, once I was wadding in fortune and fame
Everything that I dreamed of to get a start in life's game
But suddenly it happened
Hmm, I lost every dime
But I'm richer by far with a satisfied mind.

Hmm, when my life is over and my time has run out
My friends and my loved ones
I'll leave there ain't no doubt
But one thing for certain
When it comes my time

I'll leave this old world with a satisfied mind. 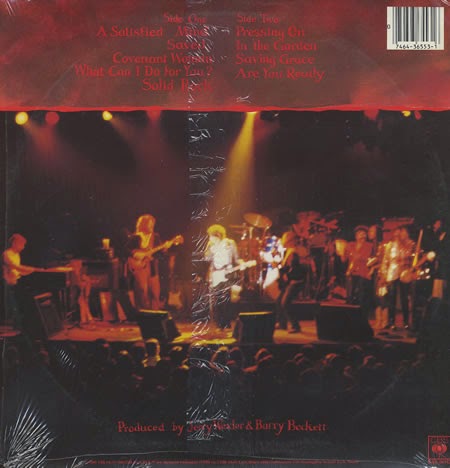 Posted by Robert MacMillan at 1:06 PM