Down by the Station

I wish I could remember the lyrics to this "song" from the Basement Tapes sessions. Unfortunately, the huge new collection of material from those days in 1967 doesn't include lyrics. It's not hard to see why. In many cases, the poor recording quality, even after being cleaned up for official release in 2014, makes it hard to understand the lyrics. The songs were not intended for official release, and in many cases, songs are mere fragments. I listened to each song several times and tried my best to write the words -- those that I could understand. I need to try again. For those Dylan freaks out there who will dispute the haiku for songs like these, all I can say is... you're probably right and I'm probably wrong. 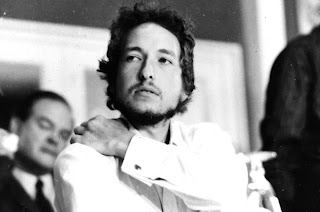 Posted by Robert MacMillan at 2:24 PM