Get Your Rocks Off

Everywhere you go,
Everybody says one thing:
Get your rocks off me.

Most people know that "get your rocks off" means, generally speaking, to have an orgasm. I think that Bob Dylan and the Band knew what they were saying when they recorded this silly blues number during the Basement Tapes sessions, but the way they use the phrase is all together different.

Bob at one point begins to cackle as he sings, which makes this bizarre track charming. Whoever in the Band does the bass voice accompaniment ("Get 'em off!") is an effective clown.

Below is Dylan's version, but first is the official release of the song in 1972 by four-man British group - Coulson, Dean, McGuinness, Flint: 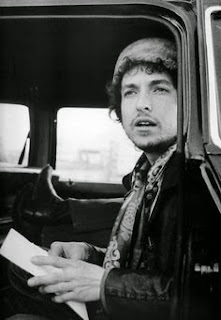 Posted by Robert MacMillan at 12:21 PM