Bob spies a woman
While on stage. She leaves before
He can hit on her.

This song, from the first album in the Bootleg Series, is a glimpse into the life of a hard-working folk singer who has needs like any man. He sings his song and notices that a woman is making eyes at him. He keeps singing his song -- a long one -- only to find that she doesn't stick around until the end. He keeps playing. Why not. 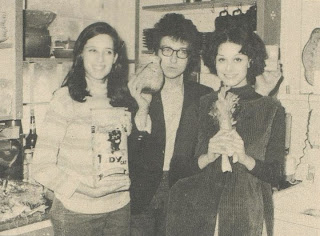 Posted by Robert MacMillan at 4:20 PM