The wife has the kid.
But the mistress has the fun.
She is resourceful.

For a song that has no apparent meaning, lots of people online like to discuss "From a Buick 6," one of the songs on Bob Dylan's 1965 album "Highway 61 Revisited." Whether there's anything to it, I can't say. The idea that I came across that seized me is that the song is about two women. The "graveyard woman" is perhaps the narrator's wife, and probably the mother of his child. But the song isn't about her. It's about the "soulful mama," who must be the mistress. She's multifarious and skilled in the home arts (cooking, sewing), dancing, riflery and tact. You also get the impression that she might be the death of the narrator.

Soulful mama:
Keeps him hid
Gives him bread
Sews him up with thread
Doesn't talk too much
Doesn't make him nervous
Walks like Bo Diddley sans crutch
Keeps a loaded gun
Brings him everything (and more)
Ready to put a blanket on his dying bed

Unaccounted:
Bob cracked up on the highway and the water's edge
The steam shovel that keeps away the dead
The dump truck to load his head.
The Buick 6.

The original song is here:


An alternate version, released in error on the first pressing of "Highway 61 Revisited," is here: 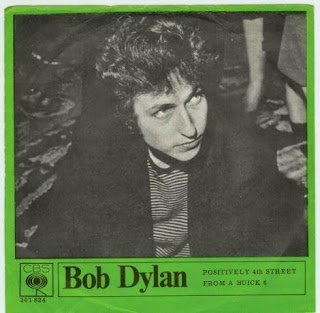 Posted by Robert MacMillan at 11:01 AM