My feet itch again.
Time to hit the road. I might
Go home forever.

"Gotta Travel On" appears on the "Self Portrait" album from 1970. It's a shuffling, slightly funked-up version of an earlier folk song by Paul Clayton, who killed himself in 1967, reportedly by adding an electric heater to his bath. The song is basic enough:

1. I've been around this town too long. Winter's coming.
2. Going home to stay.
3. I'll catch a train and go home hobo-style.

In all this is a great verse that captures emotional anguish with an outsider's cold precision. I'm just not sure what it has to do with the rest of the song.

I don't see how Johnny can be the narrator of the rest of the song since Johnny can't come home. Details...

Side note: Dylan credits Clayton and three other songwriters with authorship. I don't know if that's true, but it seems likely. I do know that I've seen it credited to Webb Pierce, but that might not be true either. There are early versions of the song by the Kingston Trio and Billy Grammer. Then there are versions by Bill Monroe, Bobby Bare, Harry Belafonte and Glen Campbell, not to mention others. 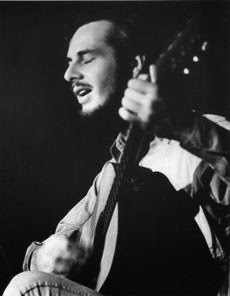 Posted by Robert MacMillan at 10:38 AM

Labels: 1970, Gotta Travel On, Self Portrait