This improvised song was sung by Eric von Schmidt and Bob Dylan at von Schmidt's Sarasota, Florida, home and released on the ultra-rare "50th Anniversary Collection 1964" copyright extension collection. I couldn't make out all of the lyrics so I did my best. 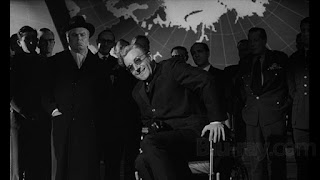 Posted by Robert MacMillan at 3:42 PM