He loves you enough
To forsake everything else.
You should marry him.

"Wedding Song" appeared on the 1974 album "Planet Waves." Though it's not my job to connect real-life events to these songs, it's impossible to not associate the timing of this song with the coming split between Dylan and his wife, and see this more as an entreaty or a plea to keep things together than a literal wedding song. The sober tone of the song adds some weight to my view on this. Leaving all that aside, these are lovely, profound words. There's also a quick reference to how Dylan has never intended to "remake the world at large" or "sound a battle charge." This is of a piece with his desire to live a quiet family life, something he said he was often unable to do given how famous he became as the misnamed spokesman for a generation. 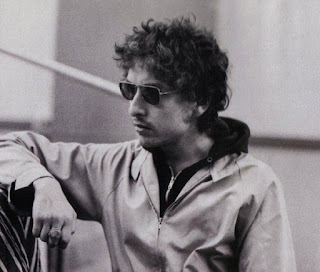 Posted by Robert MacMillan at 3:17 PM