On a late-night trip
Through the shadows of New York
And Johanna's ghost.

There's little to say about "Visions of Johanna," which was the third song on the 1966 album "Blonde on Blonde." The song is no doubt a classic, but it's not a story like we understand a story to be. There's a hint of place, a loft apartment in New York City, most likely the Chelsea Hotel. It's cold outside, it's night time. There are people in the loft, such as Louise and her lover, and there's a nightwatchman nearby, as well as some ladies in a vacant lot and girls on the subway, a mysterious "little boy lost," the primitive wallflower, jelly-faced women and the peddler and the countess and the fiddler. They do stuff, they say stuff, and Dylan lades the obscure symbolism on board like he's getting ready to float the world's largest literary container ship. Taken separately, the parts are nearly nothing, but they add up to just about everything. Through it all, the singer falls prey to visions of a woman who's somewhere else.

Bread crumbs:
- Night plays tricks/trying to be quiet. Stranded, but we deny it.
- Country music softly playing on the radio.
- Girls chatter outside, the nightwatchman wonders if they're insane or he is.
- Great line, regarding Louise: "The ghost of ’lectricity howls in the bones of her face. Where these visions of Johanna have now taken my place."
- Little boy lost is a poseur.
- Infinity on trial in a museum. Great line again: "Voices echo this is what salvation must be like after a while. But Mona Lisa musta had the highway blues, You can tell by the way she smiles."
- Wallflower freezes, jelly-faced women sneeze. Mustachioed one can't find knees.
- There's a mule wearing jewels and binoculars.
- Peddler/Countess play trivial games with each other under the pretense of a caring arrangement.
- Madonna's not here yet.
- Strange, but compelling line: The fiddler, he now steps to the road, he writes ev’rything’s been returned which was owed on the back of the fish truck that loads while my conscience explodes." 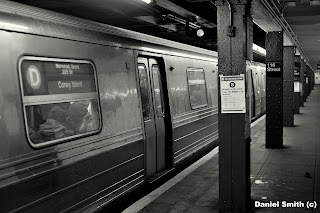 Posted by Robert MacMillan at 9:12 AM