You Changed My Life

I ate with the pigs
Until God gently told me:
Pay now, skip dessert.

If you ever wanted to hear God compared to Errol Flynn, "You Changed My Life" is the song for you. This song from 1981 was part of the sessions for the album "Shot of Love," but was held over for a decade until it appeared on the first volume of the Bootleg Series. It's one of his more ponderous Christian songs, and it probably was a wise decision to leave it off the album, though I would have taken it over "Lenny Bruce" any day. Regardless of its middling nature, it has some good zingers in it.

- He was listening to the voices of death walking proudly and talking of conspiracy and trying to frighten him.
- He was working for a system that he couldn't trust and didn't understand, suffering ridicule and feeling disgust.
- At that point: "But you changed my life, came along in a time of strife. In hunger and need, you made my heart bleed, you changed my life."
- "Talk about salvation, people suddenly get tired. They got a million things to do, they're all so inspired. You do the work of the devil, you got a million friends. They'll be there when you got something, they'll take it all in the end."
- "Well, the nature of man is to beg and to steal. I do it myself, it's not so unreal. The call of the wild is forever at my door. Wants me to fly like an eagle while being chained to the floor."
- My favorite verse: "I was eating with the pigs off a fancy tray. I was told i was looking good and to have a nice day. It all seemed so proper, it all seemed so elite. Eating that absolute garbage while being so discreet."
- You, meanwhile, were treated as an outcast.
- An enemy possessed my body and made decisions for me. I was held back. I couldn't stand. I felt like a stranger in a strange land. (Robert Heinlein, tip of the hat)
- Attributes of the Lord and Savior: companion, friend, heart fixer, mind regulator, true blue, creator, comforter, cause for joy. 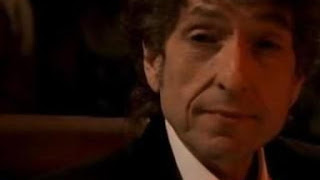 Posted by Robert MacMillan at 2:49 PM