Bob hates so-called friend.
Negatively 4th Street is
Where the guy must live.


"Positively 4th Street", a single from 1965 that appeared on Bob Dylan's greatest hits album in 1967, is the first song of his that I heard where I thought of him as a contemporary artist, even to me in the 1980s, rather than a crusty old folksinger from my parent's generation. I remember hearing it now and again since childhood, but it was only when I was in high school when I finally listened to the words and thought, "Wow, how bitchy, how mean, how cool!" This song, which is of a piece musically and lyrically with "Like a Rolling Stone," is a pissed-off kiss off to someone or someones who landed on Dylan's shitlist. He devotes a few sour verses to this person or people, then gets out.


Namely:
1. You're not really my friend. This is not true because you took pleasure in my earlier distress.
2. You don't really want to help me. You just like me because I'm a winner right now.
3. You say I let you down? Nonsense. If you have a problem, bring it.
4. You don't have any faith to lose so stop saying you have done so.
5. You talk behind my back because we used to socialize together.
6. Why would I seek you out when you don't know anything to begin with?
7. You act cool on the street and ask me small-talk questions. Liar, you don't mean it.
8. You don't like me. You'd like it if I were paralyzed. Don't be afraid to tell me the truth.
9. I don't like the losers you hang out with. I wish I were a thief so I could rob them.
10. You don't like your station in life? Too bad. Not my problem.
11. I wish we could switch places just once.
12. If we were able to switch places, you would realize just how much it sucks to run in to you. 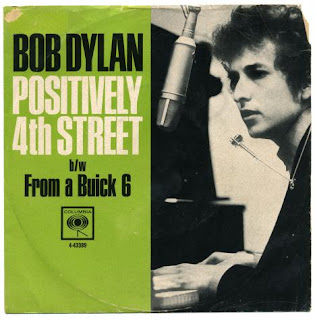 Posted by Robert MacMillan at 2:38 PM