She'll Be Coming 'Round the Mountain

Around the mountain
She comes on six white horses,
Whenever she comes.

This is a song that we used to sing in Kindergarten. It turns out that the song is based on a spiritual referring to the return of Christ to earth. Who knew? The "she" refers to the chariot. The children's version appeared in Carl Sandburg's "The American Songbag" in 1927. This time, it's really a she, as in a girl. She'll be driving six white horses, wearing pink pyjamas, carrying three white puppies, and we'll kill a rooster and have chicken and dumplings when she comes. That is definitely not about Jesus. Bob Dylan and the Band recorded a characteristically ragged version of this while goofing off in the summer of 1967 in upstate New York in the song collection that became known as the Basement Tapes. It is available on volume 11 of the Bootleg Series. 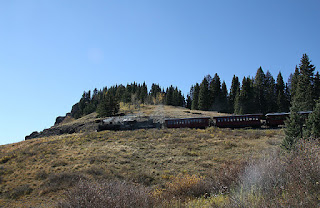 Posted by Robert MacMillan at 1:46 PM