'Til I Fell in Love With You

I was fine until
You came along. Now I'm screwed,
And I'll have to leave.

This is one of my favorite songs off the 1997 album “Time Out of Mind.” It has the nearly monotonous rhythm and melody focus of much of Dylan’s more recent work, but it serves the single-minded purpose of the song, which is to drive home the point that -- as he has often said in his recent work - life won’t be the same now that he’s met her, and boy is he sorry that he ever did. That’s because she’s like a drug.

After you:
Nerves exploding, body tense, pinned against fence
Hit hard, seen too much
No way to heal me, not unless he gets your touch
He was all right until falling in love with you
House on fire (Charlton Heston)
Got God as my shield, but I’m still in love with you.
Boys play, girls fly away
He’s gonna be famous and wealthy someday and when he’s gone, you’ll know who he was. (Most of this is already true)
Too much junk around here.
He’s going nuts looking at it. Sweating. Thinking about you too, “the girl who won’t be back no more.”
“Well, I’m tired of talking, I’m tired of trying to explain. My attempts to please you were all in vain.” 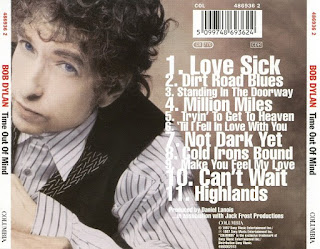