Too Much of Nothing

Too much of nothing
Makes a man make bad choices
Like lying and such.

If you dig around the Internet enough, you’ll see that this is one of several Bob Dylan songs that some people say is rooted in “King Lear” by William Shakespeare, with its fear of the void, the resentment a parent feels at resentful children and its futile railing against nothingness. I suppose that this is possible. I see more of the kind of backwoods moralizing of the Farmer’s Almanac again, which is a theme common to many of the Basement Tapes recordings from 1967. The reference to T.S. Eliot and his wives,

Say hello to Valerie
Say hello to Vivian
Send them all my salary
On the waters of oblivion
I don’t understand at all. Writer Tony Atwood suggests that the song is about Eliot and his wives, using nods to “The Wasteland” to buttress his contention that Dylan was expressing the idea of madness in this song, particularly about Eliot’s wife Vivienne, whom Eliot had committed and never visited again, instead marrying Valerie, who was 38 years younger than he.

The effects of too much nothing:
A man can feel ill at ease.
One man’s temper rises. Another’s freezes.
No one has control. (Don’t mock souls on confession day)
Too much nothing makes people boastful, even to the point of abusing the king.
But they don’t know a thing.
This all has been written in the book, but “when there’s too much of nothing, nobody should look.”
Turns men to liars. Some sleep on nails, others eat fire. 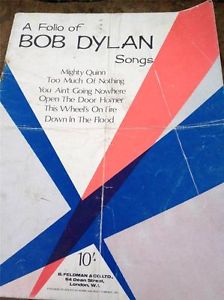