I love you, mama,
I'm enlightened, not hungry.
Meet me when you're free.

"Tough Mama" is a gritty rock n' roll number that lurches around in the beat, or whatever you call it in music, giving the song a rough-edged sound that feels like he and the Band were right at home together. The song, which appeared on the 1974 album "Planet Waves," has a kind of crunch to it, and seems to be meant for playing loudly. It takes place out on the roads and the plains, not explicitly, but in feeling. It has grit on it.

Names for his lady:
Tough Mama: meat's shaking on her bones.
Dark Beauty: time for her to move over and make some room because he's going to bring her down to where the flowers broom. She came through the ashes and dust, flying all night to him. He wants to meet her at the border at night.
Sweet Goddess: born of bright light and changing wind. She shouldn't be modest about it.
Silver Angel: She's a refugee of the road. He wants to give her a wedding ring. And then one of his weirder rhymes: "Today on the countryside it was a-hotter than crotch. I stood alone upon the ridge and all I did was watch. Sweet goddess, it must be time to carve another notch."

Other characters:
Papa: he's in prison, his working days are through.
Jack the Cowboy: up north, buried in the past
Lone Wolf: "he went out drinking, that was over pretty fast."

And then this throwaway line, which is the greatest in the whole song: "The prison walls are crumblin’, there is no end in sight. I’ve gained some recognition but I lost my appetite." 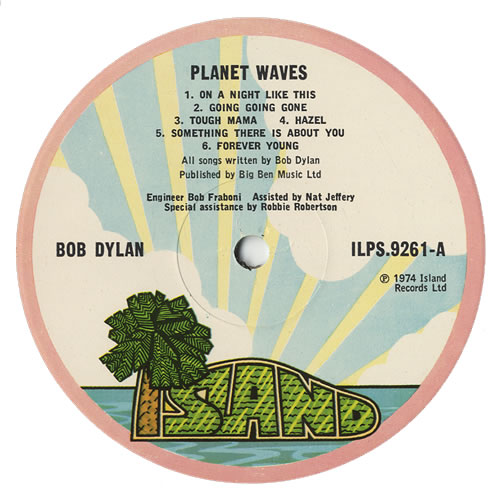 Posted by Robert MacMillan at 5:20 PM