Baby I don't love you.
You don't love me. You just pour
Some juice on my head.

"Odds and Ends" is the first song on the 1975 album "The Basement Tapes," a sort of greatest hits collection of overdubbed songs from the 1967 Basement Tapes sessions by Bob Dylan and the Band. They were never meant to be released, but Robbie Robertson of the Band pulled some of the better, or at least more complete ones together, overdubbed them with other instruments, added some later songs by the Band, and released this double LP, in part to meet demand from fans who wanted to know what these bootlegs were of more than a hundred songs floating around from Dylan's time in Woodstock while he recovered from his motorcycle accident. Like many of the songs, it sounds like nonsense, but contains horse-sense homilies straight from the woods and fields and the Farmer's Almanac. I included the 1975 cut as well as the two takes from volume 11 of the Bootleg Series, which contains the complete and original (not overdubbed) songs from the 1967 sessions. I suspect that the 1975 version is the same as the #2 take below, and is an identical mix, but I don't know as I'm not an audiophile.

I plan it all and I take my place (It's "I stand in awe and I shake my face" on the album)
You break your promise all over the place
You promised to love me, but what do I see
Just you comin’ and spillin’ juice over me
Odds and ends, odds and ends
Lost time is not found again

Now, you take your file and you bend my head
I never can remember anything that you said
You promised to love me, but what do I know
You’re always spillin’ juice on me like you got someplace to go
Odds and ends, odds and ends
Lost time is not found again

Now, I’ve had enough, my box is clean
You know what I’m sayin’ and you know what I mean
From now on you’d best get on someone else
While you’re doin’ it, keep that juice to yourself
Odds and ends, odds and ends
Lost time is not found again 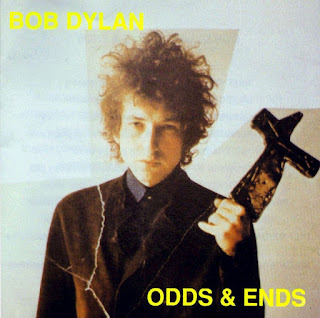