Leave the kids at home
And come out for the weekend.
We're gonna have fun.

You've heard of date night. This is date weekend, courtesy of Bob Dylan. "One More Weekend" is one of the domestic bliss songs on the 1970 album "New Morning," a rollicking rock n' roll ode to taking the wife out for a few days and leaving the kids home. I don't know why they have to be "slippin' and slidin' like a weasel on the run," but if muskrat love is a thing, then I suppose other mustelid impersonators can do what they like.

As far as he is concerned, she's like a needle in the haystack, but he's going to find her. Not only that, she's the "sweetest gona mama that this boy's ever gonna get." 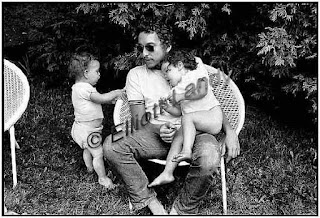 Posted by Robert MacMillan at 2:00 PM