Interpreting dreams
Is hard. But just having them
Sometimes is harder.

"Series of Dreams" is just that, a series of dreams. This leftover track from the 1989 album "Oh Mercy" was released two years later on the first edition of the Bootleg Series. It's a terrific song, and sounds very much of a piece with the rest of late 1980's pop as it was wending its way into the warmer sounds of the 1990's. It has a kind of glacial majesty that U2 was able to achieve when they didn't ruin it with Bono's homilies to the brotherhood of man and the upper-class alienation of European cities and Wim Wenders films. And it has a good beat. I suspect that opening "Oh Mercy" with it would have not balanced well with the other songs, all of which are more slight in their production. I like this as a standalone. It's too much of a mountain to compete with a bunch of hills.

Series of dreams:
- Nothing comes to the top.
- Everything stops, wounded, at the bottom.
- Nothing specific. Someone wakes up and screams.
- No exit. Time and tempo fly.
- Umbrella is folded. Someone throws it in your path.
- Your cards are no good unless you're playing interstellar poker.
- Numbers were burning.
- He witnesses a crime.
- Running.
- Climbing.

Things he wasn't doing in the series of dreams:
- Nothing too scientific
- Making any great connection
- Falling for intricate schemes
- Nothing that would pass inspection
- Looking for special help
- Going to great extremes (He's already gone the distance) 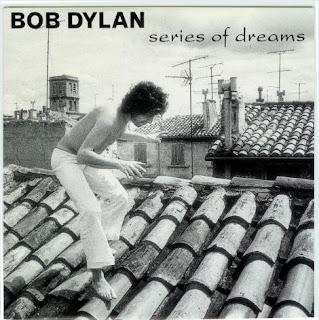 Posted by Robert MacMillan at 11:37 AM