Power and pleasure
Are tempered by pain and loss.
Take them as they come.

Everything about "Silvio" gives me a rash. I don't know why this one doesn't work for me, but along with "The Ugliest Girl in the World," it lowers the quality of the already shaky album "Down in the Groove." Released in 1988, the song became a big fan favorite, in no small part, I suspect, because of the inclusion of members of the Grateful Dead on backup vocals. I see that the song has been included on at least two best-of Bob Dylan albums, but I consider this a cynical move by someone somewhere to continue to associate Dylan as much as possible with the Dead, one of music's most enduring gravy trains. I'm not saying that this song, which Dylan wrote with Grateful Dead lyricist Robert Hunter, is a bad song. I, for instance, could not do it better myself. It has a nice groove and chugs along nicely, but I just can't stand those doo-doo-doo Dead backup vocals. I also find the lyrics muddy in meaning, particularly this pot-fueled back-porch joint-rolling existentialism which you hear from time to time in Dead land. In fact, the entire presentation smacks of the kind of laid-back stoner rock that aging hippies and suburbanite Deadheads found mystical and significant. They are wrong.

The smoke-rings of their minds:
- Stake future on a hell of a past. Tomorrow could be the last day. I'm not complaining about what I have. Everybody's seen better times, so who am I to whine?
- FYI Silvio: you can't buy back your joie de vivre with silver and gold. Meanwhile, "I gotta go, find out something only dead men know."
- Don't throw me any bones. I'm just an old weevil looking for a home. And as the old Irish drinking song goes, "If you don't like it, you can leave me alone."
- I can summon rain and make it go away with the snap of my fingers. I can make you feel good too. I even can charm the whistle of a train.
- I give and take as much as I want. I want you, but when you want to leave, nobody will stop you.
- "I can tell you fancy, I can tell you plain, You give something up for everything you gain. Since every pleasure's got an edge of pain, Pay for your ticket and don't complain." The philosophical spice of life for college freshmen with doo-rags, dime-bags and orientation name-tags.
- I'm going to the valley and I will sing my song. I'll let the echo decide if it sucks or not. 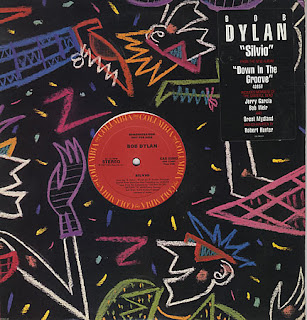 Posted by Robert MacMillan at 2:41 PM