Spirit on the Water

She's the one for Bob.
He might be over the hill,
But that's no problem.

This is a lovely, loping song from the 2006 album "Modern Times," one that fills itself out as elegantly and expressively as the song just before it, "Thunder on the Mountain." They're long songs, but never boring. This one has perhaps more verses than it needs to get to the point, which is that there's a woman he's in love with, in spite of some of the ways she tries him, and he's ready to tolerate a number of her transgressions as long as she sticks around. The title, and the first few words, "Darkness on the face of the deep" refer to the world just after the account in the Bible of how God created it. Before anything else, there was nothing but God's face moving over the deep water, it says in the book of Genesis. It's a powerful image.

Here are a few more details in the song that helped me think up the haiku:
- He can't sleep for thinking of you.
- You're on his mind wherever he travels.
- We were meant to be more than friends, he says, even in the days when he forgot about you.
- He's wild about you. Ideally, you should be a fool about him.
- You burned your way into his heart and you have the key to his brain.
- He's sweating blood and wandering through mud and noting that your face begs for love.
- Life is nothing without you.
- You do good all day and you do bad all night.
- You make him so happy that he's tolerant of you and your wicked ways.
- People say you spoon out your sugar all over town, but maybe just once spoon some sugar out back home.
- Sometimes he feels like a ghost.
- You blind him, but he takes good care of you all the same.
- He hopes your love won't fade from your mind.
- He could live with you forever.
- He wants to be with you any way that he can.
- You have numbed his will.
- He wants to be with you in paradise, but he can't go to paradise because he killed a man there.
- You think he's over the hill, but he guarantees you that you could have a good time together. 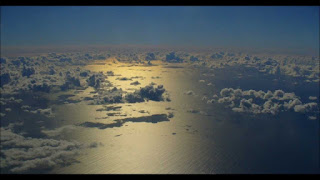 Posted by Robert MacMillan at 6:16 PM