Tell Me That It Isn't True

They say she's cheating.
He suspects they might be right.
He hopes that they're wrong.

"Tell Me That It Isn't True," from the 1969 album "Nashville Skyline," is a sad song, but my goodness, does it sparkle like a diamond. It's a perfect pop song, recorded under the country music auspices of a crack team of musicians in the USA's country music capital. It's charming and affecting and perfect. Try to find Robert Forster's version, which appears on his album "I Had a New York Girlfriend." It's nearly as good.

- Everybody in town says you're planning to leave me. Please tell me that it isn't true.
- They say you're hanging out with a tall, dark and handsome man.
- To know that he's holding you "hurts me all over, it doesn't seem right."
- I don't want to believe any of this. 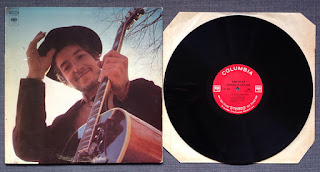 Posted by Robert MacMillan at 8:46 AM

Labels: 1969, Nashville Skyline, Tell Me That It Isn't True