Why I'm single now:
True to me or true to you?
I made a hard choice.

"Up to Me" is undoubtedly an achievement, but Bob Dylan left it off the 1975 album "Blood on the Tracks," an album that underwent significant revision at Dylan's behest just before its release. Given the themes of abandonment and divorce, and the broken hearts beating at the center, it's not surprising that Dylan's brother (so they say), after hearing some of the stark songs that he recorded in New York City, suggested that he lighten up the tone if he wanted to sell some records. "Up to Me" didn't make it at all. While it's a significant, lovely piece of work, it's full of words. I know that this should be a good thing, and on a song like "Idiot Wind," the words are on fire and they move the song along. On this one, they are more static. There are events unspoken, but you get the impression that this event has set everybody on a solo course. Bad things happen to good people, love fades, the singer is forced to accept responsibility that he seems to feel is more than his share. You can hear the song on the 1985 compilation "Biograph."

Other events:
1. Bad to worse. Death on the trail. Someone has to say what they want in this thing of ours. Guess it's gonna be me.
2. I would have died if I'd lived my life the way other people wanted me to live it.
3. I smiled once in 14 months and it was an accident. Train's leaving as the orchids bloom. My one good shirt smells like perfume. I'm looking for you.
4. You betrayed me with your touch. I unlocked your heart.
5. I watched you go hang out with a bunch of men all night long.
6. When I worked in the Post Office, I took your picture down from the wall near my cage to protect your identity. (Sounds like a general judgment on his career and ability to manage family life until that time.)
7. It's amazing how much in love you can fall with someone. You must resist it.
8. The Sermon on the Mount sure is complicated. So is biting off more than you can chew.
9. Side story: Dupree comes to the Thunderbird Cafe, pimping. Crystal wants to talk to him. I can't bear it.
10. I left a note for Estelle. You thought there was something going on there, but there wasn't.
11. Life's a stage and a dream. Boys, that woman I'm with, I'm not really with. Try your luck.
12. We might be through, but remember that song I played for you? Only I could play it. 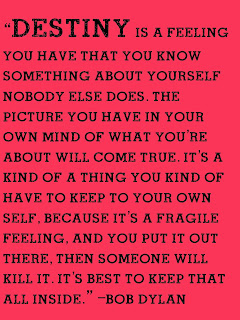 Posted by Robert MacMillan at 9:01 AM