Yea! Heavy and a Bottle of Bread

Catch the bus with Bob.
Pack the bread and the meat and
Go fishing for trout.

You can't ignore a song with a name like "Yea! Heavy and a Bottle of Bread." What Bob Dylan was thinking about when he and the Band came up with this in 1967 is anybody's guess, but many of the Basement Tapes songs are like that. Apparently a bottle of bread is a thing, by the way. This is also a thoroughly charming song. It was one of the ones selected for release on the double-album "The Basement Tapes" in 1975, and also appears on volume 11 of the Bootleg Series.

Story:
Comic book and I get on a bus. The chauffer stays home with a nose full of pus. YEA! Heavy and a bottle of bread!
This is a brown one-track town. Let's pack up the meet, sweet. We're off to Wichita to catch a trout.
See that drummer behind the bottle? Pull him out. Gonna shake my pipe, then slap the drummer with a smelly pie. Then let's go to California. 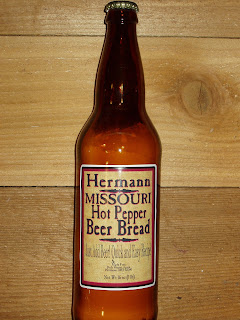 Posted by Robert MacMillan at 2:21 PM