God's got your number.
He'll see you through even if
You don't know the way.

"God knows it's a struggle," Bob Dylan sings on the song "God Knows," and I agree with God and Bob on this song. In fact, most of the songs on the 1990 album "Under the Red Sky" resist analysis and interpretation. The album also resisted sales and happy listeners. It's widely regarded as a disappointment, full of heavy-duty rock production by Don Was and a cast of thousands from Elton John to George Harrison to Slash (oh, there are more: Jimmie Vaughan, David Crosby, Stevie Ray Vaughan, Bruce Hornsby, Paulinho da Costa, Al Kooper, Waddy Wachtel, David Was, Don Was) who aren't doing much but sounding like a bar band. I think the standout performer on this song is Kenny Aronoff, who knows how to stutter the drums to vary up a song that has not too much to work with.

As for the song? It resists haiku. Like some of Dylan's songs from the time, it's not textured enough. Sometimes you can rummage around in rumpled velvet carpets of his songs and find all sorts of money that someone left there. This one either hides the goods too well, or perhaps there's nothing to hide. I did my best.

What God knows:
You ain't pretty (it's true)
There's nobody who can take your place
It's a struggle
It's a crime
No more water next time, just fire
It's fragile
Everything
Everything could snap right now like scissors on a string
It's terrifying
Everything that unfolds
When you see it, you cry
The secrets of your heart
There's a river
How to make that river flow
You won't take anything with you when you go
There's a purpose
There's a chance
You can rise above the worst of anything
There's a heaven
It's invisible
We can get there from here even if we have to walk a million miles with only a candle 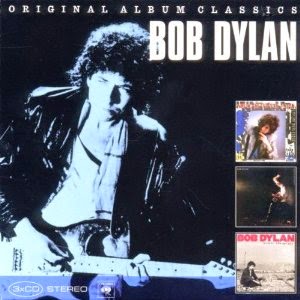 Posted by Robert MacMillan at 1:26 PM