Bob recalls his tryst
With a fisherman's daughter
Whom he failed to hook.

"Golden Loom" is of a piece with "Mozambique," that supreme piece of laid-back vacationland music from the 1976 album "Desire." This song didn't make it to that album, surfacing instead in 1991 on the first volume of the Bootleg Series. The haiku tells the story.

Fisherman's daughter shows up at just the right time, carrying a loom. It's a smoky, starry night in autumn. Boats in the bay, eucalyptus in the air. They wash their feet at the shrine, drink wine, she starts crying. She takes off in the summer (the loom goes with her). Later, he walks across the bridge "in the dismal light." Stripped cars, and such. He sees trembling lion with a tail made of a lotus flower. When he thinks he's kissing her, she's not really there. 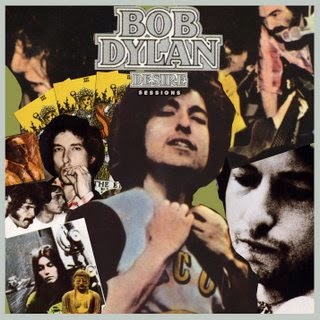 Posted by Robert MacMillan at 1:04 PM