Gonna Change My Way of Thinking

There's a new playbook:
Do what God says, get yourself
A Christian woman.

"Gonna Change My way of Thinking," from the 1979 album "Slow Train Coming," is the Bob Dylan contender for best use of cowbell in a pop song. In fact, the band is on fire, just as it is for much of the album, Dylan's first of three born-again Christian-themed offerings. It might not make you see the light, but it won't fail to make you feel the music. This song is a hard-edged blues song with a great horn section and fine lead guitar playing from Mark Knopfler of Dire Straits.

1. Change way of thinking. Make new set of rules. Best foot forward. No more fools.
2. Too much oppression. Sons marrying their mothers. Fathers turn daughters into whores.
3. You're covered in stripes, stabbed by swords and blood flows everywhere.
4. Sinner 1: does his own thing. Sinner 2: Tries to be cool. Both sinners: remember brass ring, forget golden rule.
5. You can mislead people, but the only real authority is God.
6. I have a Christian girlfriend. She fears God and she doesn't cost me too much money.
7. Jesus said "Be ready, for you know not the hour in which I come." (Matthew 24:44, Matthew 25:13, Luke 12:40) My favorite line of the song is here: He said, "He who is not for me is against me," just so you know where he's coming from. Even born-again Christians can do sly humor.
8. Heaven: no pain of birth. As Bob says, "The Lord created it, mister, about the same time he made the earth."

And here's a great live version from 2011 in Tel Aviv which features different lyrics: 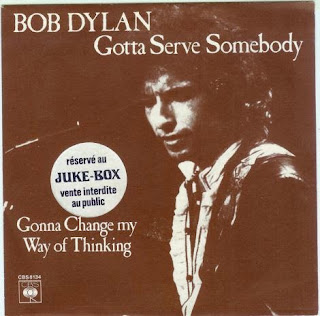