One Too Many Mornings

Couple has a fight.
Man thinks about leaving town.
He's torn. What to do?

This is a walking-and-leaving-someone song from the 1963 album "The Times They Are a-Changin'." Many of Bob Dylan's narrators in his early years can't help but wander, particularly when the emotional demands of their ladies run hot and the arguments begin. The singers regret leaving, but they have no choice because they're outlaws and hobos at heart. And because they're not so different from Goethe's young Werther, they feel really bad about the choices they've made, usually once it's too late to reverse them or take them back.

Such is the case here:


Dylan fooling around with Johnny Cash (the song appears one minute into this clip): 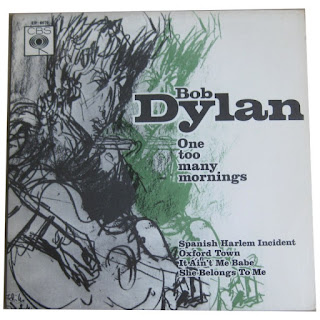 Labels: 1963, One Too Many Mornings, The Times They Are a-Changin'