Titanic goes down,
An unscheduled appointment
For sixteen hundred.

This is the title track and anchor to Bob Dylan's 2012 album. It's a real epic, but for a tragedy, it has a kind of somber humor. The most obvious evidence are the references to Leonardo DiCaprio, one of the stars of the James Cameron film about the sinking of what the Onion called "the world's biggest metaphor." There also is a kind of destiny detachment in the words, noting that this terrible event was like any other distraction, only on a very big scale. The refrain in the song that makes it most interesting is the watchman dreaming that the Titanic is sinking, almost a desire for it to be nothing more than a bad dream. But of course it really happened, and at the time it spawned all sorts of songs, particularly among blues singers doing their version of journalism. As Dylan noted, he wanted to record his version too.

Some flotsam and jetsam from the wreckage:
- Bob calls the sinking "the promised hour."
- "All the lords and ladies heading for their eternal home."
- Watchman dream #1: Titanic sinking into the underworld.
- Leo's on board with his sketchbook.
- Cupid breaks his bosom and falls into a woman's lap.
- Leo thinks there's a problem on board.
- Leo walks into the whirlwind.
- The universe opens for the passengers. "The roll was called up yonder. The angels turned aside."
- Dead bodies.
- Exploding engines, dead propellers, overloaded boilers. Bow splits.
- Passengers weary as they try to escape death.
- "The veil was torn asunder 'tween the hours of twelve and one."
- Watchman dream #2: The Titanic is dropping to her knees.
- Wellington puts on his pistols.
- His men wait for "time and space to intervene."
- Alarm bells ring to hold back the water, just like King Canute.
- Love and pity send prayers to mothers and daughters in the icy ocean.
- Some gamblers remain behind in a friendly game as they sink.
- Fights and murder.
- Lifeboats: too few. Murder, betraryal, lies.
- Bishop reminds God: "The poor are yours to feed."
- Davey the pimp dismisses his girls. "Saw the water getting deeper, saw the changing of his world."
- Jim Backus, who can't swim, gives his lifeboat seat to a child. (I suppose that he ended up surviving and cast away on "Gilligan's Island" where he played Thurston Howell III)
- As he dies, he sees rampaging death, but his heart is at peace.
- Leo tries to hold back the water.
- Watchman dream #3: He tries to warn people that the Titanic is sinking.
- Captain sees the compass needle pointing down down down: "He knew he lost the race."
- Captain reads the Book of Revelations.
- Ship sinks. The loveliest and the best die. "Those whom the gods love..."
- "They waited at the landing, and they tried to understand, but there is no understanding for the judgment of God's hand."
- The newswires report: "The love had lost its fires. All things had run their course."
- Watchman dream #4: The Titanic is now part of the deep blue sea. 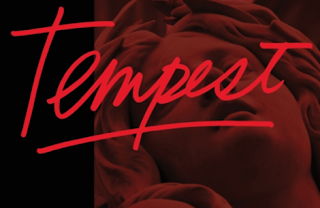 Posted by Robert MacMillan at 8:54 AM