Every time someone
Tries to make the world better,
Somebody kills them.

My friend Preeti Bhuyan says that the Kris Kristofferson original version of this song is pretty good. I wouldn't doubt it, but people aren't joking when they say that the Bob Dylan cover, from the 1986 album "Knocked Out Loaded" is awful. I don't mind the trite melody line, played out on a tinny keyboard, nor do I mind the effort of the musicians. It's the high-fructuse corn syrup of the children's choir singing this song of praise to a few of history's martyrs that really does it in. And it's too bad because you don't want to mock children who are trying hard. But it was a poor production decision. And the message of the song: that Martin Luther King, Jesus Christ and the Mahatma were like saints who were murdered by bad people, is something that we know already.

1. Gandhi knew the game was dirty and there was no solution. But he had a job to do and a price to pay.
2. MLK: Another holy man who dared to take a stand on the basis of a dream.
3. Jesus: paid the price for love. "Just the holy son of man, we'll never understand." 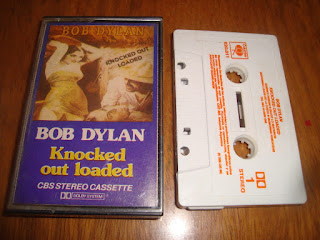 Posted by Robert MacMillan at 9:18 AM

Labels: 1986, Knocked Out Loaded, They Killed Him