There are few sweeter songs in the Bob Dylan collection than "Forever Young." It is the last song on side one of the 1974 album "Planet Waves"... and also the first song on side two. The first is solemn and sweet. It's the "make you cry" version. The second is a different take that chugs along on railroad track furnished by the Band, which collaborated with Dylan on the whole album. It's the "divorced from sentimentality" version, and feels completely different -- removed, odd, almost like discovering instructions for how to behave among the other items in your emergency ration pack. It's unfair of me to put such a superficial, glossy take on a song that means so well, but that's the poet's choice.

God willing: bless and keep, fulfill wishes, help people and be helped, reach the stars, be right and true and aware of the goodness of the universe, be strong and brave, be busy and fleet footed, be a rock when the earthquake strikes, be happy, be known. And of course, be young at heart, if you should survive to a hundred and five. 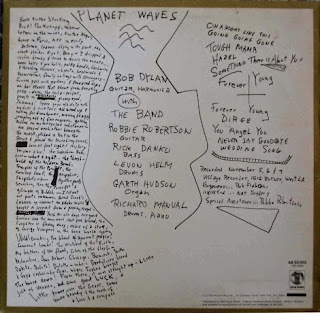