I Forgot More Than You'll Ever Know

Man tells other man
How his ex dumped him, and says
The other guy's next.

"I Forgot More Than You'll Ever Know About Her" gets the saccharin treatment on the 1970 album "Self Portrait," the record that set the standard for big flops when it came out. Fortunately, it's been rehabilitated through the ardent work of hipsters about my age and other perverse revisionists who consider it a work of genius. It's certainly not a work of genius, but it is a work of competence and it is entertaining. Maybe that's what bothered people at the time. Dylan lost the folkies by going electric. Then he was rude and snotty to everyone at press conferences and various other venues, and denied the protest singer crown. Then he disappeared and changed his style not once, but three more times (from electric rock to quiet pop to Nashville country to TV variety show string section by the time 1970 rolled around). Hearing Dylan be just an entertainer wasn't up to the standards of the kid whom everyone had labeled a genius. Songs like this one are just the type of thing that audiences didn't want to hear from Dylan. Now, about the song: there's nothing wrong with it. It's just pure musical sugar, and I am sure that plenty of people don't care for listening to Dylan croon. The original version, by Skeeter Davis and Betty Jack Davis, is a typical country-and-western lament about losing in love and telling off the next guy (or gal) to take your place. Skeeter's version is about a guy. Bob's, of course, is about a girl.

You think you know the smile on her lips
The thrill and the touch of her fingertips
But I forgot more than you'll ever know about her.

You think you'll find heaven of bliss
In each caress, in each tender kiss
But I forgot more than you'll ever know about her.

You stole her love from me one day
You didn't care, oh, it hurt me
But you can never steal away memories of what used to be.

You think she's yours, to have and to hold
Someday you'll learn, when her love grows cold
But I forgot more than you'll ever know about her.

Here are versions by Bob and Skeeter. Then there's the original one by the Davis sisters. Skeeter's sister Betty Jack died in a car crash a week after the song was release. 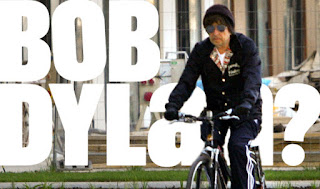 Posted by Robert MacMillan at 3:29 PM

Labels: 1970, I Forgot More Than You'll Ever Know, Self Portrait