Lay Down Your Weary Tune

Though your song be good,
Nature can do it better,
Be quiet; listen

"Lay Down Your Weary Tune" isn't like any other Bob Dylan song, at least the way I hear it. The song was recorded in 1963 for the album "The Times They Are a-Changin'," but was left off the cut. It appears on the 1985 box set compilation "Biograph." I read on Wikipedia that Dylan said he was trying to capture the feeling of a Scottish ballad that he heard on an old 78-rpm record. I can see that. Rather than striving for the surreal, he pursues a sound of natural beauty, to use Neil Young's term from the "Harvest Moon" album, that he tries to convey with guitar and voice. I hear the sound of waterfalls and wind in the trees, waves on the beach and the rhythms of the universe, especially in Dylan's use of alliteration and the pairing of words that don't necessarily go together -- the "strength of strings," for example. Have a look. It makes me think a little of William Wordsworth, or even Henry Wadsworth Longfellow with Hiawatha on the Gitche Gumee:

Lay down your weary tune, lay down
Lay down the song you strum
And rest yourself ’neath the strength of strings
No voice can hope to hum
(This verse forms a chorus after each of the next verses) 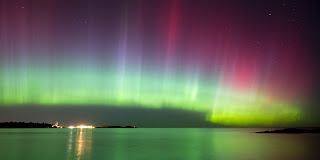 Posted by Robert MacMillan at 11:34 AM