I'll Be Home for Christmas

Bob says he'll be home
For Christmas. But we all know:
He's always on tour.

That's not at all what the song is about, and I told myself that I wouldn't write meta-haiku. This one I kept as an exception.

The song was written by Kim Gannon and Walter Kent who wanted to write a song about anyone who couldn't be with their family at Christmas time. Bing Crosby recorded the song in 1943, and it became a big hit for military personnel abroad during World War Two, as well as their families. It's written from the point of view of a military man posted abroad.

Dylan performed the song on the 2009 album "Christmas in the Heart." 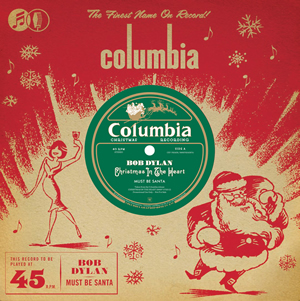 Posted by Robert MacMillan at 1:38 PM

Labels: 2009, Christmas in the Heart, I'll Be Home for Christmas