Now you feel like a
Stone alone without a home
Because of your tone.

This is Bob Dylan's most famous song, the one that elevated him from a hit to a legend. "Like a Rolling Stone" was the opening song on the 1965 album "Highway 61 Revisited," and there's never been anything before or after to match it. There are plenty of words written by many people about the song, a six-minute put-down of an unidentified person or people. I won't add too many to them, nor will I get into the possible subjects of the song. It's a one-size-fits-all poisoned-pen letter to anyone whom you don't like. The only twist in the song, at least to me, seems to be a nearly envious tone about having nothing left, like one of the Christian saints (Francis of Assisi, for example), or various beggars who drop everything on the path to enlightenment. Only in this case, that path seems extra hard because the subject of the song, a woman of course, doesn't seem to have been looking for enlightenment.

- You dressed fine, threw bums dimes.
- People warned you of imminent falling. You thought they joked.
- You used to laugh at poor people and losers, and now you're one.
- Describe the following feelings: no home, unknown, like rolling stone.
- You were well schooled, but now you're in the school of hard knocks.
- You're making deals with shady people. Sex, shelter, food, pharmaceuticals, presumably.
- Servants and entertainers always hated you.
- Enter chrome horse and diplomat with Siamese cat on his shoulder. He fleeced you, whoever he is. And what about that cat?
- Everybody's having a good time, but to be properly prepared, you should sell everything you own.
- Enter the Napoleon in rags who used to amuse you. He wants you now and you can't say no.
- And of course, the blistering final assessment of being wide awake and self aware: "When you got nothing, you got nothing to lose. You’re invisible now, you got no secrets to conceal." 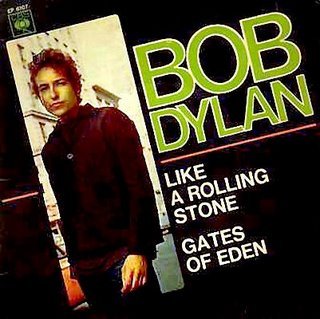 Posted by Robert MacMillan at 11:25 AM