She has what he wants,
But she makes him wait around.
Hazel don't, he says.

I haven't looked around, but I'm willing to bet that there aren't many pop songs out there about gals named Hazel. Bob Dylan recorded this song with the Band for his 1974 album "Planet Waves," and it's one more of his earnest love songs -- though I wonder who thought that he might not want to be seen with her, given his comment that "I wouldn't be ashamed to be seen with you anywhere."

A little more about Hazel:
She has dirty-blonde hair. She has something he wants plenty of -- a little touch of love. She also has stardust in her eyes, and he would give her the sky in return for some of her love. Now, at this point we gather that his love for her is making him blind, and he sure doesn't need anyone to remind him of how he feels. Most significantly, he's on a hill and she's not there with him. That's too bad because she was the one who called him there, and he doesn't like waiting.

There's a remarkable live version of this from the Band's "The Last Waltz" album, not recorded by Martin Scorsese's cameras, but by a black-and-white camera that Bill Graham had installed at the Winterland venue in San Francisco. Below is the studio version, followed by a rehearsal performance of the song from the MTV Unplugged show. 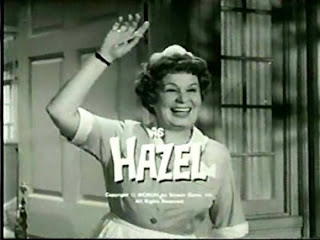 Posted by Robert MacMillan at 4:35 PM