Couple stays married
For years after they break up.
Wasted tears and years.

I don't think that "Long and Wasted Years," from Bob Dylan's 2013 album "Tempest," is all that easy to follow, but it is a heartfelt song. Whether these two were married or whether Dylan is getting at something else in this song, I don't know. I more or less made up an impression than a summary or interpretation in this haiku. It's a great song, by the way.

It's been such a long, long time
Since we loved each other and our hearts were true
One time, for one brief day, I was the man for you

Last night I heard you talkin' in your sleep
Saying things you shouldn't say, oh baby
You just might have to go to jail someday

Is there a place we can go,
Is there anybody we can see? Maybe
It's the same for you as it is for me

I ain't seen my family in twenty years
That ain't easy to understand, they may be dead by now
I lost track of 'em after they lost their land

Shake it up baby, twist and shout
You know what it's all about
What are you doing out there in the sun anyway?
Don't you know, the sun can burn your brains right out

My enemy crashed into the dust
Stopped dead in his tracks and he lost his lust
He was run down hard and he broke apart
He died in shame, he had an iron heart

I wear dark glasses to cover my eyes
There are secrets in 'em that I can't disguise
Come back baby
If I hurt your feelings, I apologize

Two trains running side by side, forty miles wide
Down the eastern line
You don't have to go, I just came to you because you're a friend of mine

I think that when my back was turned,
The whole world behind me burned
It's been a while,
Since we walked down that long, long aisle

We cried on a cold and frosty morn,
We cried because our souls were torn
So much for tears
So much for these long and wasted years 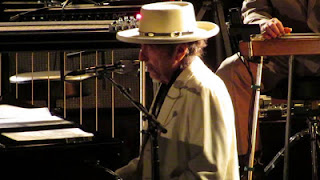 Posted by Robert MacMillan at 1:05 PM