Since people are mean
And because the world is bad,
Lord, protect his child.

What one might call a "big ask" from God, "Lord Protect My Child" combines a humble plea from Dylan for divine protection of his son with a sidelong request for world peace and justice. The song was recorded for the "Infidels" album in 1983, but left off the final cut. It appeared seven years later on the first edition of the Bootleg Series.

1. He's precocious, has his mother's eyes, gladness in his heart. Young, wild, and needs protection if Bob can't be around.
2. He's young and he's old. He likes watching the boy play.
3. He doesn't want much in the way of material things, but he would like protection for his child.
4. He's hopeful and full of desire in a world "that's been raped and defiled." If Bob should not make it, please protect the boy.
5. Someday everything will be all right, but until then, take care of the kid. 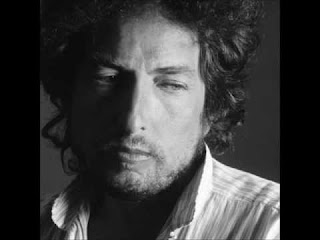 Posted by Robert MacMillan at 11:29 AM