The Man in Me

Bob often will hide
Himself from other people.
You could coax him out.

This is one of my favorite Bob Dylan songs. "The Man in Me" appeared on the 1970 album "New Morning," and is known to many people for its prominent appearance in the Coen Brothers movie "The Big Lebowski." It comes in with bang, Dylan la-la-la-ing as the backup singers moan sweetly. In its three short minutes, he credits his woman with bringing out his good qualities.

The man in me will do nearly any task
And as for compensation, there’s little he would ask
Take a woman like you
To get through to the man in me

But, oh, what a wonderful feeling
Just to know that you are near
Sets my heart a-reeling
From my toes up to my ears 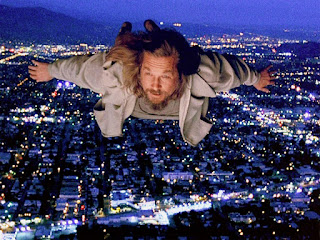 Posted by Robert MacMillan at 4:42 PM