Man Gave Names to All the Animals

Man names some creatures.
He's doing all right until
He discovers snakes.

This ridiculous reggae song used to annoy me, but I'm coming around to it after more than two decades. "Man Gave Names to All the Animals" appeared on the 1979 album "Slow Train Coming," and it sits in the Garden of Eden or somewhere similarly idyllic. Man scratches his head and cups his chin and looks at the beasts in the fields. Dylan takes us through some silly rhymes such as:

He saw an animal up on a hill
Chewing up so much grass until she was filled
He saw milk comin’ out but he didn’t know how
“Ah, think I’ll call it a cow”

The only verse that Dylan doesn't finish is this one, ending the song abruptly on a note of bad omen:

He saw an animal as smooth as glass
Slithering his way through the grass
Saw him disappear by a tree near a lake...

Here are the rest: 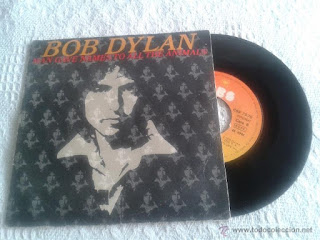