Next Time on the Highway

Another completely bizarre track from the 1967 Basement Tapes. I don't have lyrics anywhere for this, so I wrote them myself as best as I could understand them. After the second verse, Dylan starts ragging on Richard Manuel of the Band, then starts singing again, then stops. You can find this song on volume 11 of the Bootleg Series.

Well the next foot time on the blanket I was smoking my cigarette, in fact you don't -- (Cuts off) 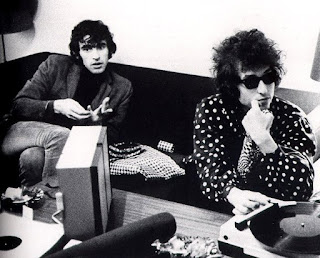 Posted by Robert MacMillan at 2:13 PM