It's nearly bash time.
They boys mash their potatoes
And head on over.

More down-home proto-hipster goodness from the Basement Tapes sessions. Million Dollar Bash is about some people getting ready to go to a party, and how much they're looking forward to it. Well, it's about more than that too, but I'm not sure that any of it makes any sense. It's a fun song, though. You can hear it all cleaned up on the 1975 "Basement Tapes" album and without them on volume 11 of the Bootleg Series -- and in two takes, no less!

Events on the day of the bash:

1. Big Dumb Blonde and Turtle plan to show up at the bash. She has a wheel in the gorge, while Turtle's checks are forged. He also has cheeks in a chunk and cheese in the cash.
2. Everybody here and there has the same law of physics that they must observe: the bigger they come, the harder they crack. Meanwhile, Bob invites sweet cream to flash as they plan to meet at the bash.
3. Bob takes his lawyer to the barn where Silly Nelly tells him a story. Jones shows up and takes out the trash, and then they go to the bash.
4. At night, he's "hitting it too hard" and his "stones won't take." He sleeps late, and then he and whoever he wakes up with do a hello-goodbye-push-then-crash routine. Then they go to the bash.
5. Bob looks at watch, looks at wrist, punches self in face with fist. Then he goes to get his potatoes mashed, then goes to the bash. 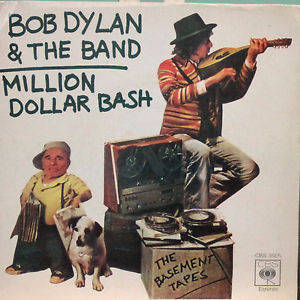 Posted by Robert MacMillan at 3:07 PM