Minstrel sings for cash
While Lucky's stuck on a hill,
Lonely with ladies.

"Minstrel Boy," which appears on the 1970 album "Self Portrait," is not the same song as "The Minstrel Boy," an Irish song written by Thomas Moore in the late 18th or early 19th century to commemorate the men from Trinity College in Dublin who fought in and were killed in the Irish Rebellion of 1798 (So says Wikipedia). This is an all together stranger song whose words to me are unclear and disjointed. Dylan sang it with the Band at the Isle of Wight festival in 1969, and it's that version that appears on the album.

Story 1: Lucky
Lucky has 12 gears on his rig, and he's been driving a long time. He's stuck on top of a hill now with a bunch of ladies, yet he's lonely.

Story 2: Mighty Mockingbird
Mighty is "deep in number and heavy in toil," and he has a large load to bear. Dylan says he's underneath his own boundaries and that there's no more to the story other than his traveling. And then he changes the words to first person, saying "I'm still on that road."

I didn't see an effective way to handle the song, so I stuck with the story of Lucky and the plight of the minstrel boy. 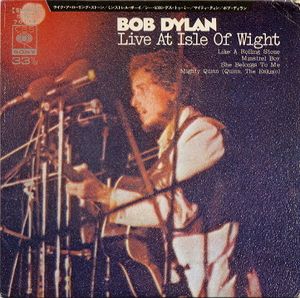 Posted by Robert MacMillan at 10:01 AM