Nothing pleases him
Except you. You remind him
Of pretty church hymns.

Here's a sweet little outtake from the "Planet Waves" sessions with the Band. Left off that 1974 album, it appeared on the first volume of the Bootleg Series in 1991.

Things she does:
- Reaches him
- Is admired by him
- Sets his soul on fire
- Matters

Things she's like:
- A church hymn he used to hear

And then there's this sweet, weird lyric from the grave: 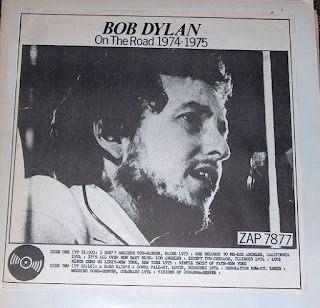 Posted by Robert MacMillan at 2:44 PM