Man on the Street

Man dies in the street.
A cop kicks his corpse one time.
Tough city, New York.

I understand from Eyolf Ostrem on the Dylanchords.info website that the music to this song came from a song called "Young man who wouldn't hoe corn." The lyrics come straight from the heart of New York City. The song appeared in 1991, 30 years after its recording, on the first edition of the Bootleg Series. 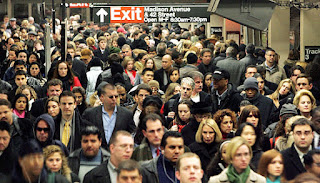 Posted by Robert MacMillan at 1:31 PM