Most of the Time

You're not on his mind,
And you haven't been for years,
But sometimes you are.

"Most of the Time" is a great set of lyrics, but an outtake from the "Oh Mercy" sessions of a different version of the song shows that it owes half of its beauty to the production treatment that Daniel Lanois gave it. Over its five minutes and five seconds, it proves itself to be worth a full box of tissue because it's a weeper. Dylan sings about how he doesn't miss a woman anymore, except every once in a while. Lanois brings up the bass and a snarling lead guitar to the front of the mix, along with a repeated and echoing drum pattern, and lets Dylan tell his easy rhymes that strike at the center of your heart. 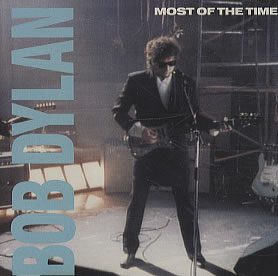 Posted by Robert MacMillan at 2:31 PM